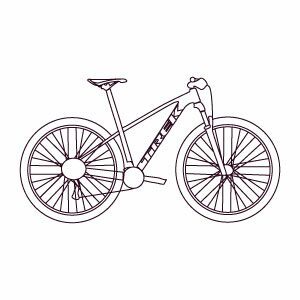 Whenever I’m starting something new it’s always hardest to think about where or when to start. I feel incredibly blessed that this time I get the rare opportunity to start at the beginning.

Well, I guess I should clarify, this isn’t technically the start of this journey, but it’s the start of a new chapter in this book, a chapter that basically has me rewriting and republishing this book; back to square one.

There is both beauty and challenge with starting over. On the one hand you get a redo without losing the wisdom you acquired through the first go-round. On the other hand, you remember being at the top, and there’s challenge in knowing you’re no longer there; knowing that you have to make your way back up a mountain you’ve already climbed. It can feel like a fall from grace. At times I feel like a failure; that I’m being reminded how far I’ve fallen.

Let me give you some context; let me recap the first go-round. When I was a little girl I was bullied in school so I found sanctuary in sports. Sports was also a great opportunity to bond with my dad, who was and still is, an athlete himself. We’d shoot hoops after dinner. One of my first lessons I learned in life was never leave the court on a miss; always make your last shot. It’s a lesson on leaving on a high note and in always striving to reach your goals.

Later in life I was in a major car accident that resulted in seven compression fractures in my next and back. Once again I found myself using the sanctuary of sport to survive and thrive. While in engineering school I realized it was just too hard to keep up with my studies while trying to keep up with the demands of team sports so I quit college athletics and started running leisurely.

After I graduated college I started to think about running more competitively. I was driven by the motivation to keep my spine healthy and strong, but honestly I loved it. I loved exploring my city through running, I loved racing, and I especially loved achieving my personal best (PR).

After years of competitive running I found myself bored and so my sister introduced me to triathlons. In 2009 I entered an all female sprint triathlon as part of a relay team with my mom and sister. It was amazing. It was so exhilarating and reinvigorated my competitive spirit. The following year I trained to do a sprint as an individual racer. My sister and I each did the same race, competing in our respective age groups. Both races were so much fun and filled with success that in 2011 I decided to train to be a serious competitor. I hired a coach and trained every day. By the end of the year I’d raced 9 or 10 times and the following year I qualified and attended the USA Triathlon National Championships.

Side Note – the USA Triathlon National Championships is when the top USA triathletes in a specific distance – sprint, olympic, long distance, etc… – get together to compete at that distance against each other to determine the nation’s best athletes at that distance. The top X are then selected to compete on Team USA at the world level for that distance. The USA Triathlon World Championships is like being able to go to the mini olympics each year. They have a parade of nations and you get to wear a Team USA uniform.

While I am a competitive person, I am not good enough, nor do I have the time to train to become good enough, to go to the actual olympics so naturally I thought this was the next best thing and pretty cool. I was determined to make the team. The first year I went to Nationals I missed the team by 4 slots. I was devastated, but still driven to succeed. The following year was a qualifier for worlds being in the USA, which meant more people at nationals competing for their chance, and I missed by almost 40 slots. The 3rd year I trained harder than ever, was at the top of my game physically and mentally and knew this was my year.

The universe had other plans for me. In the super competitive swim, I got punched and kicked in the head resulting in a minor concussion. I didn’t know it at the time so I kept going. By the time I got to the run it around noon or 1pm in the afternoon and hot as hell. People were laying down on the side of the road with heat exhaustion. By this point I was kind of delirious and thought I was in a zombie movie. I knew there was no chance I had or would make the USA team, but somehow I was still driven to finish. Immediately after I crossed the finish line a teammate of mine rushed up to me to relay a message to me from my coach. Apparently she’d seen me on the livestream and knew something was wrong. He rushed me to the med tent, where I was told I suffered a minor concussion.

To this day I still haven’t checked my results from that race. It didn’t matter. After a good cry and a shower, my parents and I went to the zoo and just walked around. I realized, when writing my race recap report for my coach, that I wasn’t having fun anymore. Getting to worlds had become a job that I wasn’t getting paid to do. So I decided to stop competing.

This did not mean I stopped racing. Instead, I continued running, cycling, and swimming but for fun. I also added fun hobbies outside of triathlon, such as rock climbing, paddle boarding, and I went back to downhill skiing. It was an amazing feeling to experience health and exercise from this vantage point. Around this same time I also began my official journey of self discovery and personal growth. In a personal growth seminar I attended at the start of this journey the facilitator asked me what I wanted. Simple question: What do you want? Out of my mouth came: I want to go to Worlds. Even though I was having so much new found fun, I felt like I was missing something – an unachieved goal. His follow-up question: What will you do after you get there?

I had no idea. I had dreamed of and worked towards this goal for so long I never even considered what would come next. So he said: Have you ever thought maybe you’re not achieving your goal because you’re afraid there’s nothing left to achieve afterwards.

Lightbulb!!! There are so many lessons I’ve learned as an athlete that have helped me in business. This being one of them. You have to think bigger than your dreams in order to achieve your dreams. Once I had that ah-ha moment I knew I could do it. I just needed to reach beyond what I wanted.

I mentioned in the beginning this all started because I wanted to keep my spine healthy and keep my vertebrae from fusing. Well, after my lightbulb moment I started training again. I was suffering from back pain and fatigue, but that was normal for me so I kept going, amping up my training over time, until finally I landed in the hospital. Turns out I had a septic kidney infection. A week and several complications later, I was released and a year later I was still recovering from those complications. In that year I lost my job and the person I was dating left, but what also happened is my back pain went away. After getting x-rays I learned my compression fractures were gone and my back was totally healed. On the one hand that hospital experience gave me brain fog, that left me unable to think and function clearly, which in turn made me lose my job. On the other hand, it reset my nervous system and gave my brain the knowledge that it could stop feeling the pain of a broken back because I no longer had a broken back.

There were so many lessons learned there too, the major one being the identity crisis I went through. I had been an athlete with back pain for so long and now I was neither – what do I do with myself?

Well, here’s where I leave you with a to be continued because this is the end of the first go-round of being an athlete, and the start of where I became a small business owner. So now, you should click here and headover to business blog to continue reading into the next chapter.