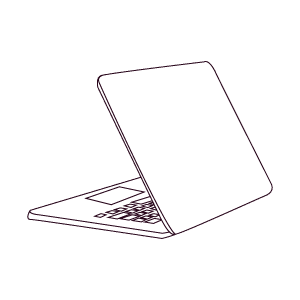 When one door closes…

You know how rare it is to get the opportunity to tell your story right from the beginning? It’s extremely rare to have that foresight and honestly, I didn’t have it when I started my business so I’m going to give you the cliff notes version on how it all came to be. Now, if you haven’t had the opportunity to read about how I closed the previous door, click here to read the recap on phase 1 of my athletics journey.

I mentioned in that previous post that I went through some health issues and a major breakup. I was mad about the breakup because we had been planning our future – how we were going to become entrepreneurs, how we were going to travel the world, and how we were going to make our impact and change the world. I had this limiting belief that I needed him to do that, until I didn’t. The competitive person in me had the thought – screw him, I can do this all on my own.

In the beginning I was driven by achieving everything we dreamed about and I’m not going to lie, making him jealous. So I sold my half-million dollar home just outside of Boston in Massachusetts, I gave all my possessions away that didn’t fit in my Honda Civic to friends, family, and charity and I moved in with some friends of mine. I stayed with those friends and built my business plan while I finished out my projects at my corporate job. A few months later I quit that job, moved out of my friend’s house and hit the road, hopping from one airbnb or hotel to another. I drove mystuff to my parents house in Florida, dropped my car and stuff off and hit the road as a public speaker.

At first, I was hopping from city to city to city. In just a few short weeks I had become a national public speaker. My social media started to blow up and I was meeting people and experiencing new places all over the USA. Then, just a couple months into this new journey it happened, I did my first professional gig in Mexico and that was it, now I was a global public speaker. Less than 6 months in and I had traveled to 10 countries and I don’t even know how many US cities. It was a whirlwind.

I remember the day I received my first business credit card bill. Obviously, this came 30 days after I’d signed up and I signed up for my first credit card on day one of being on the road as a speaker. I remember my first thought – has it really only been 30 days? I went to one of my good friend’s, and fellow professional speaker, and said – can you believe I’ve only been in business 30 days? So much had happened up until that point, that none of us could believe it had only been 30 days.

Ok flashback moment, the reason why I was tied to the idea that I needed my ex boyfriend to make my dreams come true is because I had this limiting believe that you had to go through a “broke” phase, a “failure” phase before being successful. I had made it to the top of the ladder in my career – I had been an executive at several top institutions in Boston. I was making a solid six figures and I was well respected in my industry. I didn’t want to start all over. But that mindset, was based on a value ingrained into my generation – you work for your success – you go through a right of passage to get to a specific landmark that others before you have achieved.

When I realized it was just a belief no longer serving me, I knew I could let it go. Letting go of beliefs that no longer serve you is not easy work so again, I returned to sport. I made starting my business into a competition. How fast could I make my first dollar based on a product or service I had made? How fast could I turn that first sale into sustained income? How fast could I become successful? Every day I’d make a list of what I needed to achieve to be successful that day, what my roadblocks to achieving that success were, and how I could remove them.

Don’t get me wrong, it wasn’t all sunshine and roses. I made lots of mistakes and while I was making money I was also spending it faster than I was making it, but that’s all part of learning something new and starting a business. The lessons aren’t in the successes and growth doesn’t come from what you know. You succeed, you fail, you learn, you grow, and the process repeats itself.

Starting a business is like learning how to swim fast – all of my swimmers out there know what I mean. Learning how not to drown is easy, even learning how to move in the water is easy, but learning how to do a particular stroke with enough efficiency and technique to actually compete against others – IS NOT. In fact, I’d say it’s one of the most frustrating things to do. It’s probably pretty comparable to master golf – don’t really know, I’m not a golfer, but my parents are and I listen to their stories. One day you think you’ve got it mastered and the next day you go back and its as if you forgot everything you learned. Progression is not linear; it’s a rollercoaster. Sometimes your up, sometimes your down, sometimes your peaks are higher, sometimes they’re not – ugh, so frustrating.

Starting a business is just like that!!! Sometimes you’re up, sometimes you’re not, sometimes the same thing you did last time doesn’t work this time, sometimes it does, sometimes what Jonnie did next door works brilliant for you, but what Sallie did that made her millions, didn’t work for you at all. It’s frustrating, but the thought of going back is a non-starter. The thought of going back and working a schedule someone else says is important, at a salary someone else says is what I’m worth, for a boss that doesn’t appreciate the work I do, in an office space that’s probably not very inspiring…

Every day, no matter where I am in the world, what time I start my day, how much money I make, or who I work with on a given day, I am so grateful that I took this leap and the universe rewarded me with success. I count my blessings each time I fail because those failures remind me how much I love what I do. Even when we were forced to isolate in a single location due to a world-wide pandemic, I was grateful and the universe rewarded me with the best year of my business.

The year of the pandemic was the year I got to help businesses innovate and transition into the digital world. It’s the year I got to switch to thinking like a CEO building out products and services from a growth and strategy perspective rather than a survive and make payroll perspective. The year of the pandemic is when I got clear on my priorities as an individual and a business and when the pandemic ended I flew into my next venture on my strategic plan.

Click here to head over to my travel blog to cover part three of this epic recap of from the beginning.