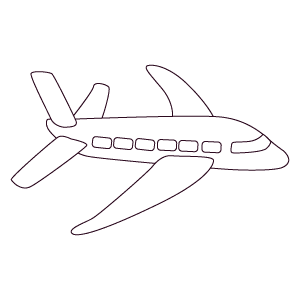 My Visit to Iceland in Review

My trip to Reykjavik was just such a trip. Every day I either walked or ran a new part of the city, always surrounded by beauty.

The city and surrounding neighborhoods are riddled with foot and bike paths. Whomever said Reykjavik was not a cyclists city was wrong, or at least, their information is outdated.

Along my walks I saw beautiful mountain and sea landscapes, hidden expressions of art and pride, and doses of inspiration. There were also plaques riddled throughout the island expressing the countries rich history.

When I first arrived in Iceland, it was really early in the morning. My plane had arrived early and getting through customs, border control, and Covid testing was all pretty smooth so I arrived at my hostel pretty early. They were gracious enough to start their day early and allow me to check-in early. I was especially grateful since I had an overnight flight and had only just started to attempt to sleep when the pilot announced he was going to start his decent.

While working through the checkout process I was chatting with my hosts. I asked them how to say Good Morning in Icelandic. Spelt Góðan daginn, they explained to me if I say “go on dying” really fast, I’ll say it correctly. We then had a whole conversation about the icelandic words that sound like something funny in English.

I left feeling so warm and fuzzy, I immediately leapt to Icelandic people are so warm and friendly. In the following days, while out walking the streets, I’d do the traditional head bob & smile to say hello to passers by. Time after time, it was met with no response. I’m not going to lie, I was struggling with not taking it personally; yet it was such a stark contrast to everyone I had a chance to talk to in Iceland. Then, I met this wonderful couple in a bar. He was a nice gentlemen from Wales and she was from France. We were talking about our impressions and he said something that totally resonated with me. He said Icelanders have a hard shell, probably built up from the conditions they have to live in, but a gooey center.

This totally jived with my experience, and reinforced the whole reason I started this journey – learning about other cultures, and how those cultures influence the way one lives broadens my perspective and makes me a better version of myself.

What I'm going to Miss About Iceland

Without a doubt the thing I’m going to miss most is the thermal pools and hot springs. Just being able to walk to a pool every day, jump in a ice bath or hot bath, or both depending on what my body needed is such a glorious privilege.

I will also miss the beauty. From the people to the landscapes to the weather, everything about Iceland is gorgeous and I only saw a snippet of the country. I don’t know if I was just grateful to be out of the heat of Florida, or the fact that I’m originally from New England, but I found the weather to feel warmer than the temperatures reported. All of my research said expect the weather to feel 10ish degrees colder than reports, but I found the opposite to be true. I found it felt like a delicious spring day in New England the whole time I was there.

It is an incredible time to go to Iceland. It’s their summer so you get 24 hours of daylight, and because the country is just opening back up, the prices are still low and it’s not yet overrun with tourists – that won’t last much longer though as tourists were already pouring in while I was there so if you’re thinking of going and are on a budget, act now.

What I'm greatful to leave behind

Speaking of 24 hours of daylight, this is one aspect I’m willing to leave behind. I had no idea all of the hidden norms I possed related to sleeping, specifically as it relates to light and sound. I’ve never been someone who could nap in the day, unless I was dead tired, and even then, it was nearly impossible for me to nap. I’ve also never been good at falling asleep with irregular noise, like a TV or radio. So, I guess it shouldn’t be a surprise that I had a lot of trouble sleeping in Iceland and was astonished by the lack of blackout curtains throughout the city.

What I failed to consider was that even when I was dead tired from not having slept for days, I still wouldn’t be able to sleep.  It wasn’t the daylight that did it, it was the birds chirping, or more specifically, that they came out to give their good morning chirp around midnight. It was if they were telling my brain it was dawn, when it was really dusk – such a mind trip.

While, I did appreciate the longer days, and was able to get more in, and I also appreciated the experience of seeing a closed city – streets bare, and yet filled with a vibrant energy at midnight, I’m still grateful to have a more traditional night and more importantly 8 hours of consecutive sleep.

All-in-all it was an amazing experience. The city was filled with German and American tourists, both North and South and this overall feeling of relief that 2020 is finally in our rearview.